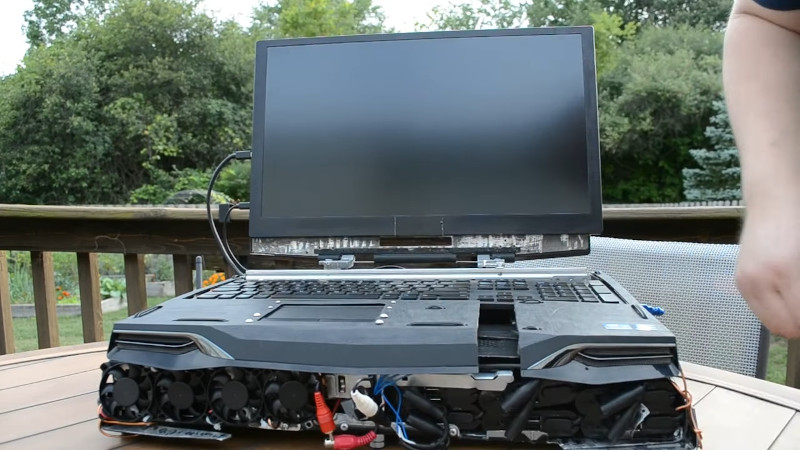 AMD’s Threadripper Is The Beating, Heating Heart Of “Most Powerful” DIY Laptop

There are plenty of powerful, “desktop-replacement” laptops out on the market if you’ve got the money to spend. Sometimes, though, that just doesn’t scratch that crazy itch in the back of your head for true, unbridled computing power. When you’ve got an insatiable thirst for FLOPS, you’ve got to strike out on your own, as [Jeff] did with this Threadripper laptop.

The aim was to pack an AMD Threadripper processor into a nominally portable laptop format. For this build, the AMD 1950X was chosen for its affordability and huge computing power, as well as a TDP of 180W. This high heat output has stopped the chips ending up in portable builds until now, but [Jeff] didn’t see this as a problem, but a challenge.

What results is a wild, lashed together build of high-power parts into what could charitably be called a laptop – though we’d recommend against putting it on your lap. With a 4K 18″ screen, keyboard, touchpad, and many Dell Powerbanks kludged together into an HP Media Center case, it fits the usual form factor, albeit with more exposed heatpipes and cables than the typical consumer may be used to.