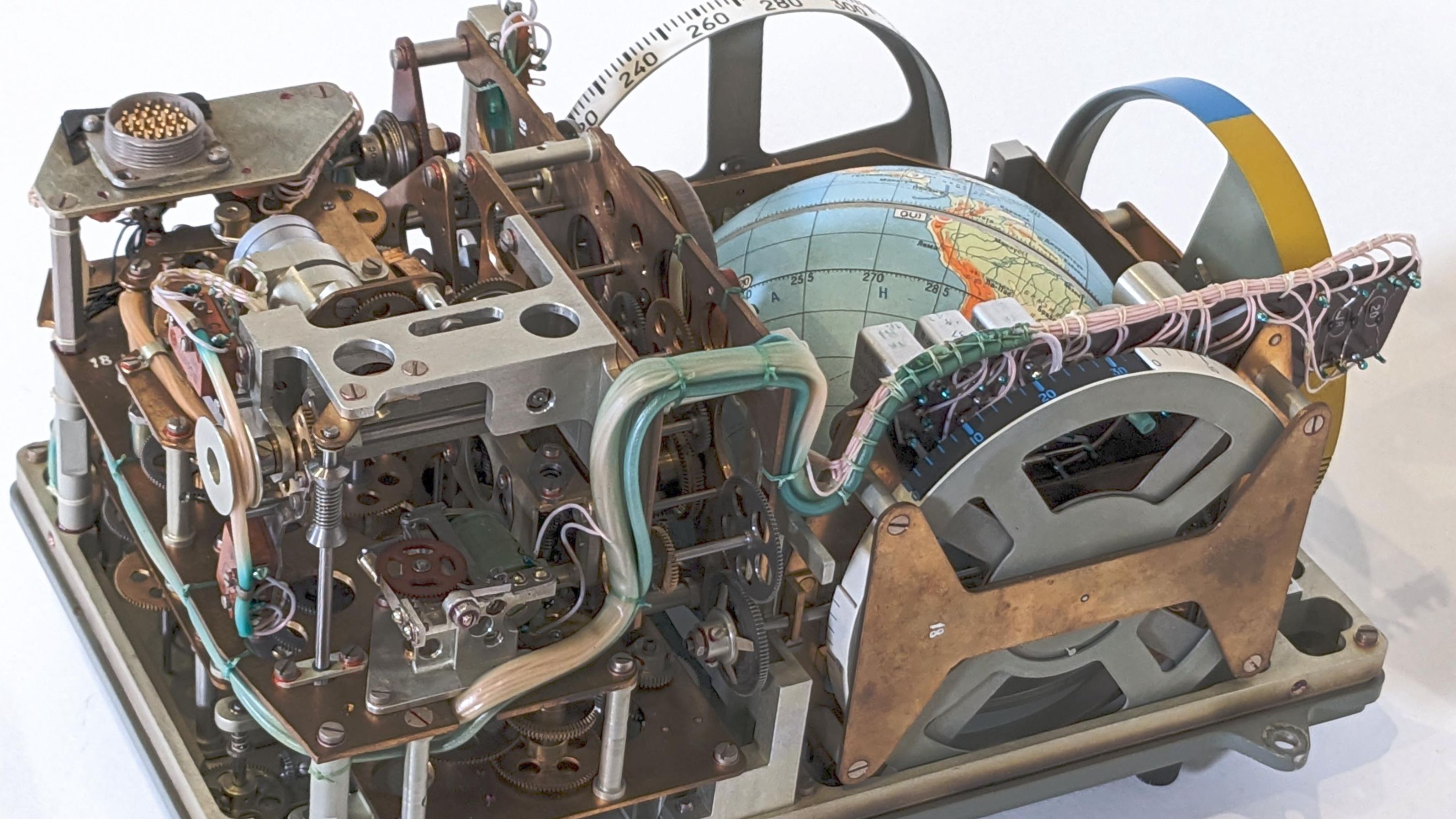 Whenever [Ken Shirriff] posts something, it ends up being a fascinating read. Usually it’s a piece of computer history, decapped and laid bare under his microscope where it undergoes reverse engineering and analysis to a degree that should be hard to follow, but he still somehow manages to make it understandable. And the same goes for this incredible Soviet analog flight computer, even though there’s barely any silicon inside.

The artifact in question was officially designated the “Индикатор Навигационный Космический,” which roughly translates to “space navigation indicator.” It mercifully earned the nickname “Globus” at some point, understandable given the prominent mechanized globe the device features. Globus wasn’t actually linked to any kind of inertial navigation inputs, but rather was intended to provide cosmonauts with a visual indication of where their spacecraft was relative to the surface of the Earth. As such it depended on inputs from the cosmonauts, like an initial position and orbital altitude. From there, a complicated and absolutely gorgeous gear train featuring multiple differential gears advanced the globe, showing where the spacecraft currently was.

Those of you hoping for a complete teardown will be disappointed; the device, which bears evidence of coming from the time of the Apollo-Soyuz collaboration in 1975, is far too precious to be taken to bits, and certainly looks like it would put up a fight trying to get it back together. But [Ken] still manages to go into great depth, and reveals many of its secrets. Cool features include the geopolitically fixed orbital inclination; the ability to predict a landing point from a deorbit burn, also tinged with Cold War considerations; and the instrument’s limitations, like only supporting circular orbits, which prompted cosmonauts to call for its removal. But versions of Globus nonetheless appeared in pretty much everything the Soviets flew from 1961 to 2002. Talk about staying power!