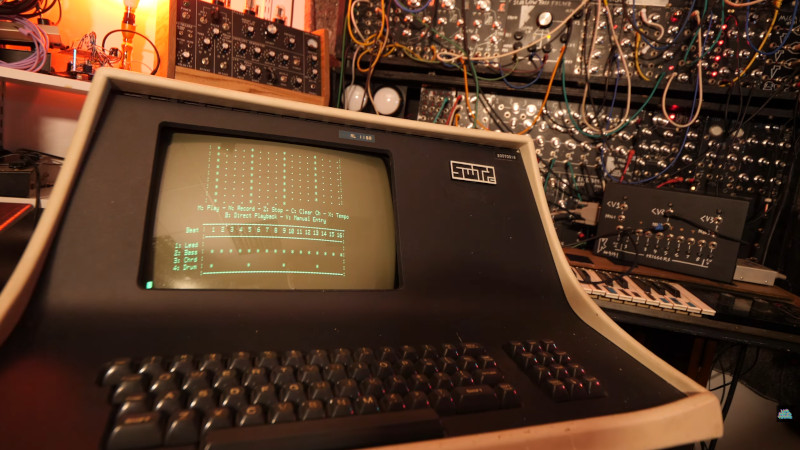 For most of us, an 8-bit microcomputer means one of the home computers which set so many of us on our way back in the 1980s. But this ignores an entire generation of 1970s 8-bit machines which filled the market for affordable office and industrial desktop computing before we were seduced by Pac-Man or Frogger. It’s one of these, an SWTPC 6809 , that’s found its way into the hands of [Look Mum No Computer], and in direct contradiction to his branding, he’s used it to control a synthesizer.

As you’d expect from the name, the computer hides a 6809 processor, and comes from the end of the 1970s when that chip had been released in an effort to stave off the market threat from the likes of Zilog and MOS Technologies. It has an SS-50 bus motherboard, and the saga in the video below the break is as much about the production of a custom DAC and trigger port for it to drive the synth as it is about troubleshooting a four-decade-old computer. It’s a credit to SWTPC that the machine is largely working after all this time, however it succumbs to some damage during the development of the interface.

At the end though, there’s a fully functional sequencer on a 1970s computer, playing some pretty good electronic music from an analogue synth. This is EXACTLY the future we were promised, back in 1979!