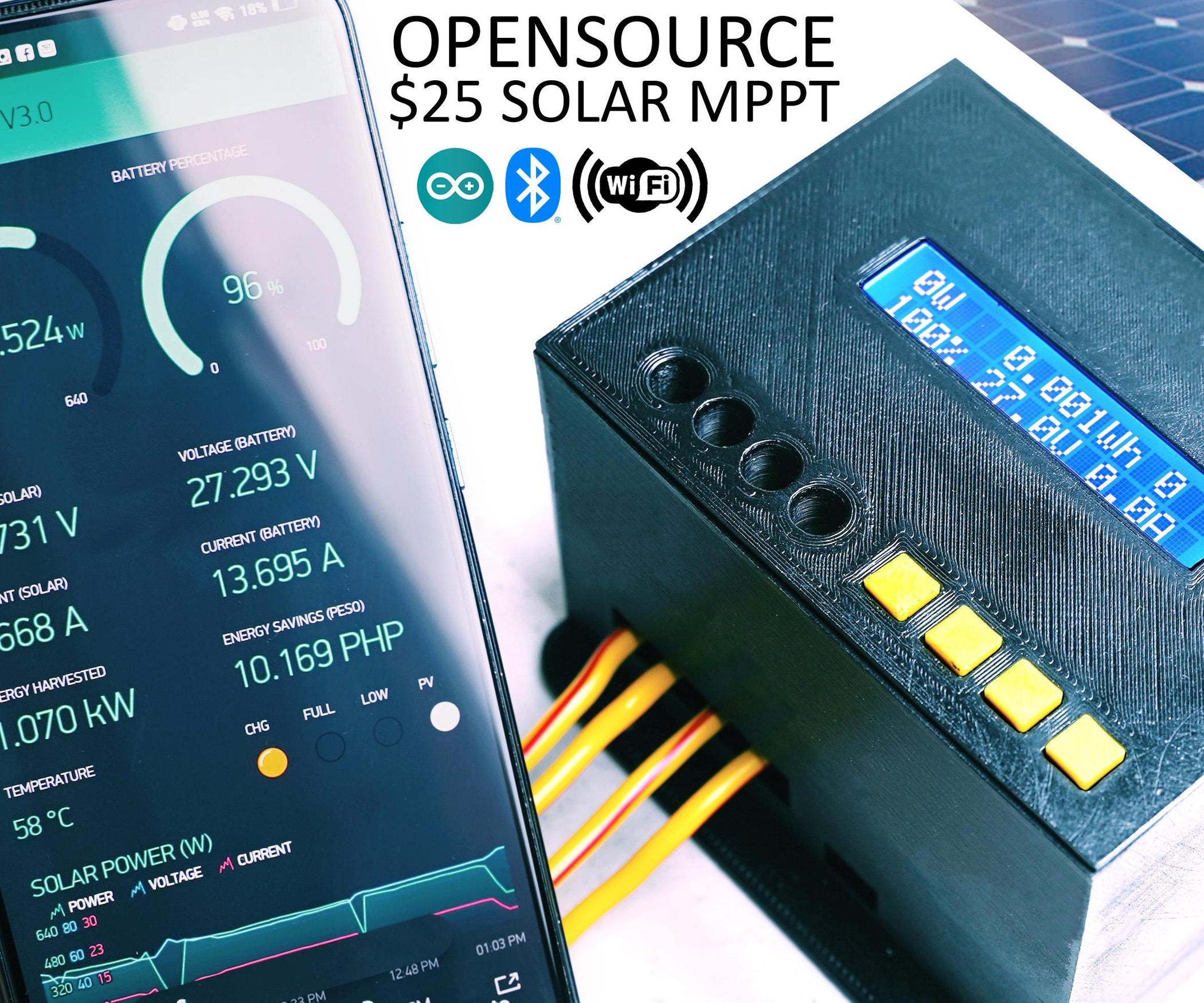 Build a 1kW WiFi MPPT Solar Charge Controller, equipped with phone app datalogging telemetry! (Android & IoS) It is compatible with 80V 30A solar panel setups and all battery chemistries up to 50V. The project is based on an Arduino ESP32 and runs on my Open Source Fugu MPPT Firmware! Total project cost is roughly around $25 (sourced from the Asian market). It is significantly cheaper than buying ready made $200 MPPTs

Maximum power point tracking (MPPT) is a technique used with energy sources with variable power, like solar panels, to maximize energy harvesting! An MPPT solar charge controller is an essential device for solar setups. MPPTs are intelligent DC-DC converters. They regulate current and voltage to safely charge batteries and power inverters. Aside from regulation an MPPT uses a clever algorithm that tracks a solar panel’s maximum power point. The proper explanation gets technical but the easiest way to put it

Synchronous buck based MPPTs are one of the densest and energy efficient designs. Premium commercial grade MPPTs use the same circuit topology. It turns out, you are not paying for the materials but rather for a company's R&D costs. Building one is cheap, but producing a proper design takes a lot of work.