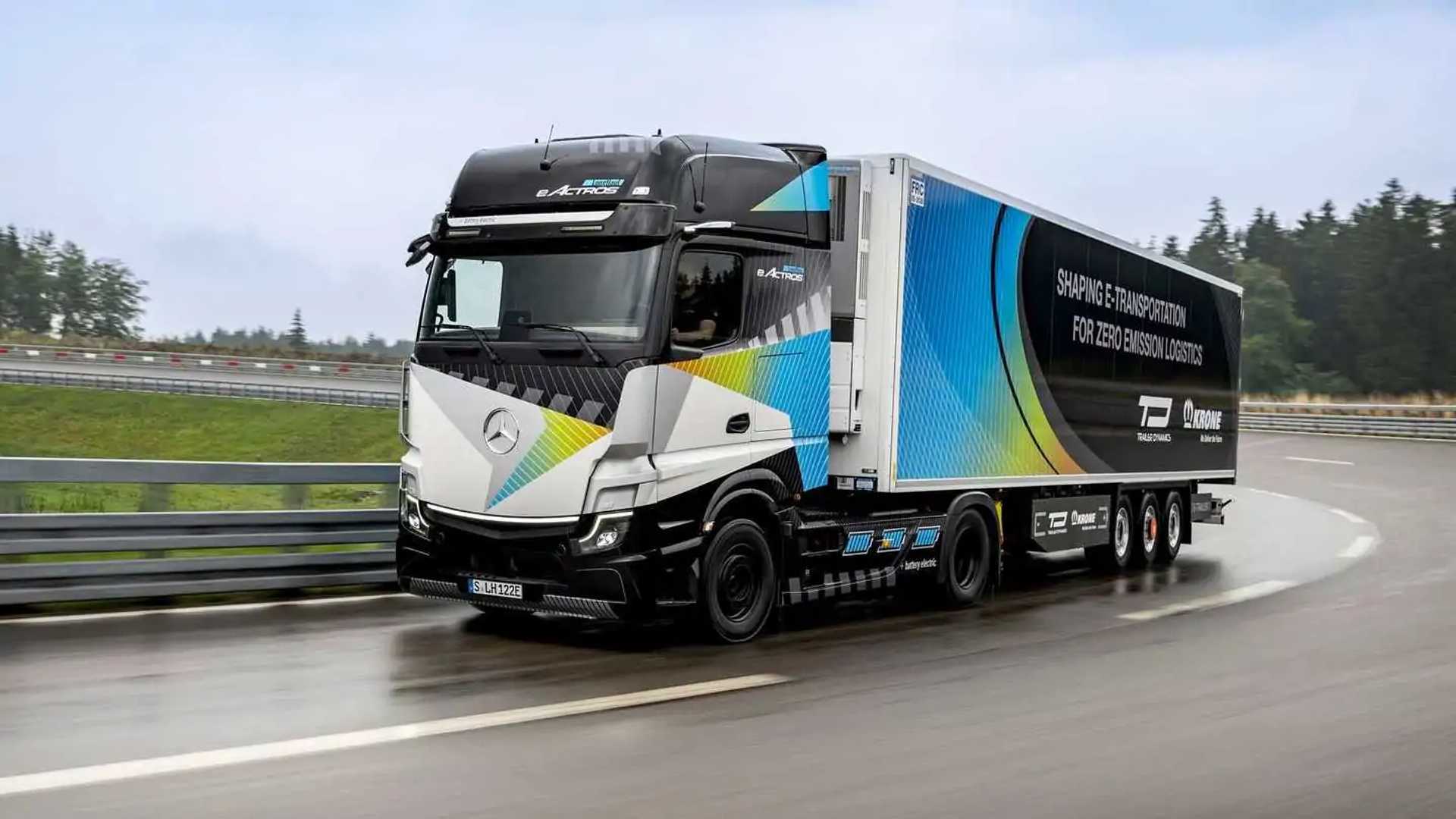 Mercedes-Benz Trucks presents at the 2022 IAA Transportation in Hanover a "concept prototype" of the upcoming eActros LongHaul 40-ton semi for long-distance transport.

The Mercedes-Benz eActros LongHaul was announced in 2020. The first prototypes have already undergone intensive tests and later this year they will be tested on public roads. In 2023, the company intends to send near-series prototypes to various customers for testing.

The "concept prototype" provides a preview of the design language of the production vehicle, which is planned for 2024. The manufacturer underlines clear contours and an LED light strip in the front area.

According to the company, right from the market launch, two versions of the vehicle will be available: tractor unit and rigid.

The Mercedes-Benz eActros LongHaul is expected to be equipped with three battery packs (LFP) for a total capacity of 600 kWh and a range of around 500 km (311 miles). We guess that CATL will be the battery supplier, as the two companies established a global battery partnership.