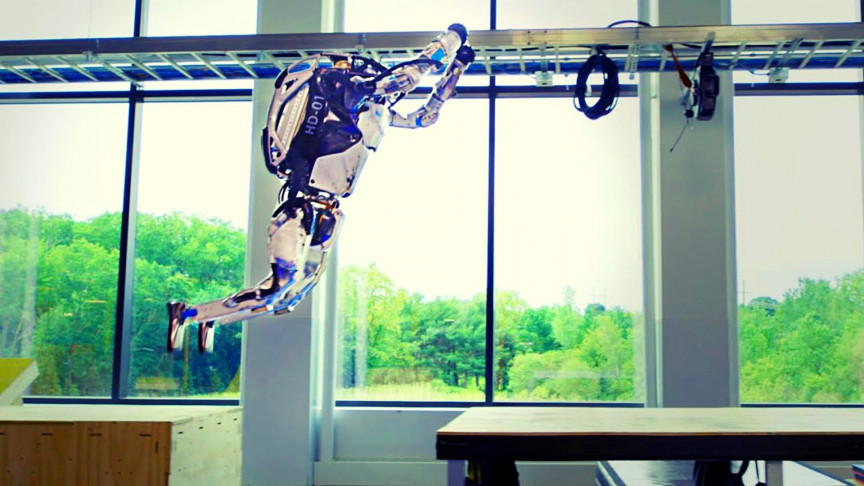 Boston Dynamics' Robots Can Do Parkour. Should We Worry?

A new video (featured below) depicts the human-like robots executing a series of routine parkour obstacles for the first time, leaping across gaps, performing coordinated backflips, and even vaulting beams despite their weight, with more grace than most humans.

However, this kind of performance takes "months" of development, according to a press release from the company, so they probably won't hunt you anytime soon.

While the robots can adapt to minor changes in position or environments, the robots experienced a 50% failure rate while vaulting, with a small but significant chance of failure with every step, according to an initial Engadget report. Even simple gestures like the fist pump at the end didn't go swimmingly, said the company, which emphasized a need to further refine the movements, since they're limited by the robots' lack of spine and comparatively weak arm joints.

As of writing, Atlas hasn't moved to scaled production, like Spot, the robot dog. The humanoid robot is a kind of kinematic prototype to push the limits of robotics, which is why parkour is an obvious choice for expanding the motion of future helper robots, who may eventually assist humans with a wide spectrum of tasks that call for human or super-human dexterity. But it should go without saying that machines with human-like reflexes should be designed to help, and never to harm humans.