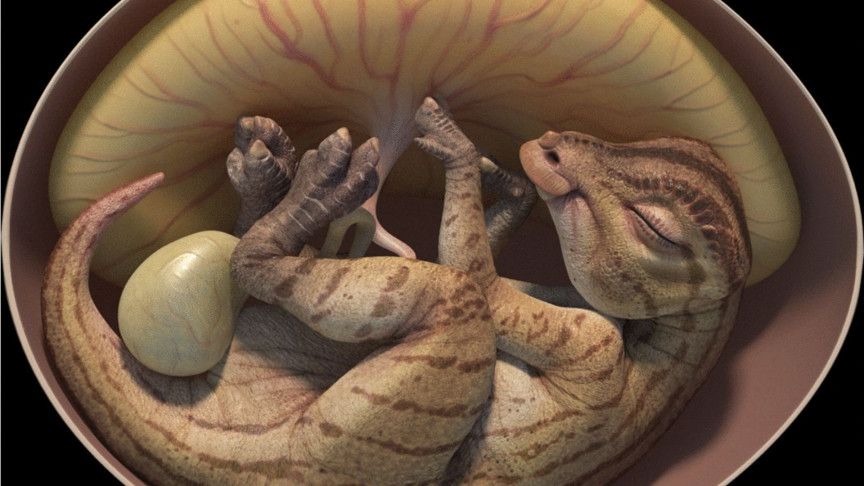 Dinosaur eggs can be found all over the world, but those carrying embryos are extremely uncommon. This greatly restricts our understanding of dinosaur development, which is why there are so many mysteries that paleontologists need to crack.

On May 8, 2022, scientists from the Fujian Science and Technology Museum and the China University of Geosciences revealed the discovery in a study published in the journal BMC Ecology and Evolution, which was co-authored by experts from China and Canada.

Based on its characteristics, the researchers believe the fossil belongs to the hadrosaurus species, also known as duck-billed dinosaurs. It's a type of giant herbivore dinosaur that lived toward the end of the dinosaur epoch, and while it's not the first time such an embryo has been discovered, the Ying Baby is by far the best-preserved one yet.

The researchers wrote that a clutch of subspherical dinosaur eggs was recently discovered while blasting for a construction project in the Upper Cretaceous red beds (Hekou Formation) of the Ganzhou Basin, Jiangxi Province, China. "At least two of the eggs contain identifiable hadrosauroid embryos, described here for the first time," the researchers wrote in the study.