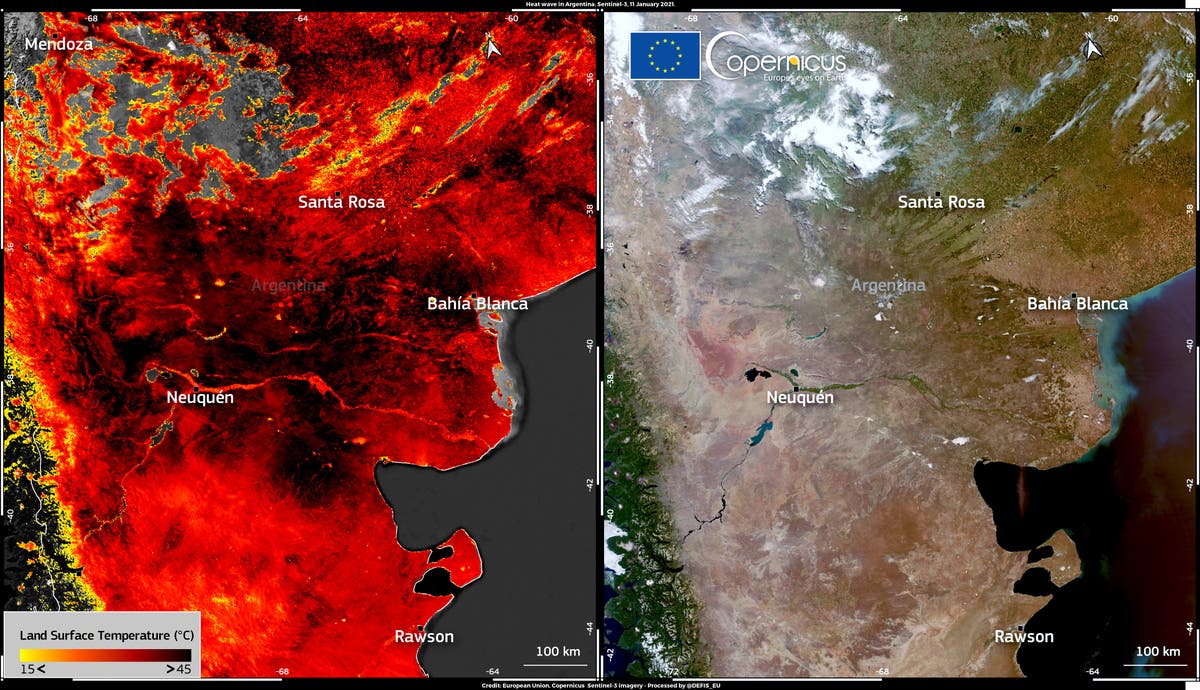 A historic heatwave with temperatures soaring up to 45C (113F) has hit Argentina, causing power grids to fail and leaving at least 700,000 people without electricity in Buenos Aires.

Hot dry weather, driven by the Pacific Ocean’s La Nina weather pattern, has made the South American nation the hottest place in the world, with current temperatures rising above those in Australia, bringing Argentina’s hottest day since 1957.

The role of the climate crisis in exacerbating heatwaves is well documented – though no single weather event can be attributed to global warming patterns. Nonetheless, the record highs come amid heightened concerns in Argentina over rising temperature trends, and lack of rainfall which has seen water levels in the major Parana river drop to an almost 80-year low.

Electricity companies in Argentina blamed a huge spike in demand for energy, which caused technical failures resulting in the power cuts.