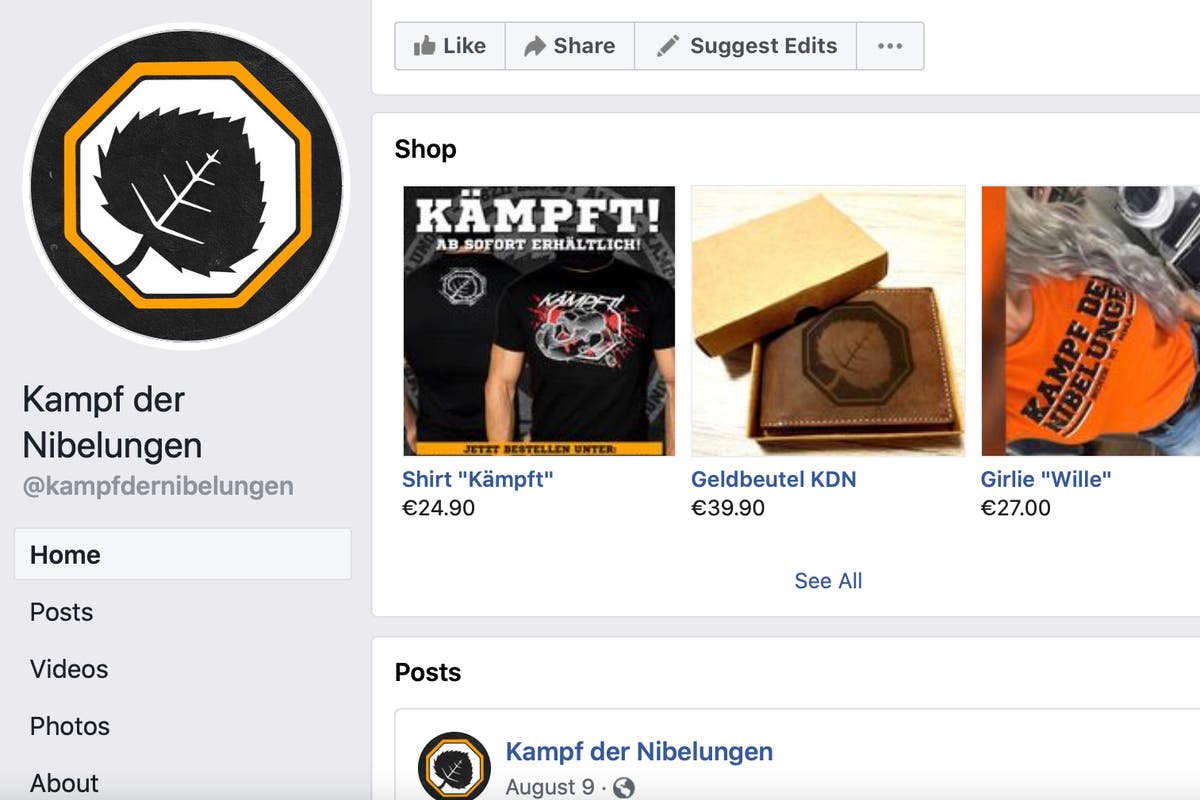 Neo-Nazis are still on Facebook. And they’re making money

It’s the premier martial arts group in Europe for right-wing extremists. German authorities have twice banned their signature tournament. But Kampf der Nibelungen, or Battle of the Nibelungs, still thrives on Facebook where organizers maintain multiple pages, as well as on Instagram and YouTube, which they use to spread their ideology, draw in recruits and make money through ticket sales and branded merchandise.

The Battle of the Nibelungs — a reference to a classic heroic epic much loved by the Nazis — is one of dozens of far-right groups that continue to leverage mainstream social media for profit, despite Facebook’s and other platforms’ repeated pledges to purge themselves of extremism.

All told, there are at least 54 Facebook profiles belonging to 39 entities that the German government and civil society groups have flagged as extremist, according to research shared with The Associated Press by the Counter Extremism Project, a non-profit policy and advocacy group formed to combat extremism. The groups have nearly 268,000 subscribers and friends on Facebook alone.