The ban on PUBG Mobile turned out to be a blessing in disguise for other shooting FPS games available on smartphones. Trying to fill the void left by PUBG, one of the most popular smartphone games in the world, players tried their hand at similar battle royale games since it was removed from Play Store and Apple App Store. The 118 apps banned by the government earlier this month also included a few PUBG alternatives like Rules of Survival, Cyber Hunter, Knives Out, and others. The ban led to a massive increase in the downloads of the current alternatives available like Call of Duty Mobile, Garena Free Fire, and others.

During the period between September 2 and 5, a report by Entrackr revealed that Garena Free Fire and Call of Duty Mobile were among the three top downloaded games on iOS and Android devices. The third game is Ludo King which has seen a massive surge in downloads during the lockdown due to the Covid-19 pandemic. 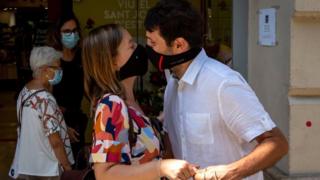