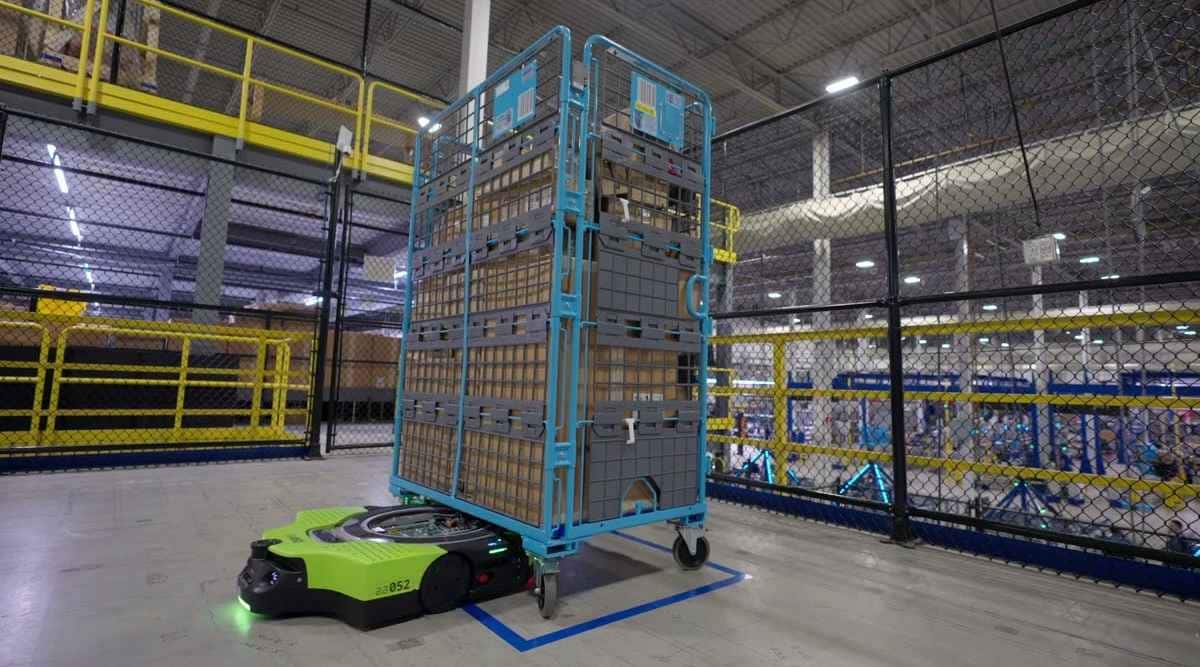 Amazon recently revealed a showcase of new robot it has been working on. Amazon also revealed that the company currently has over 5,20,000 robotic drive units, which work hand-in-hand with employees to make the workplaces safer and more efficient than ever. Robotics like the Proteus and the Cardinal are the latest tech Amazon has been working on and investing in. Here’s all you need to know about them.

A fully autonomous mobile robot, the Proteus is capable of automatically moving through Amazon facilities using “advanced safety, perception and navigation technology developed by Amazon.” The robot was designed to be used around employees and hence, doesn’t have to be confined to enclosed areas. This allows the Proteus to operate safely along with employees to open up a bigger range of possibilities, including the moving around the GoCarts that are used to move packages through the facility.

“Proteus will initially be deployed in the outbound GoCart handling areas in our fulfilment centres and sort centres,” Amazon said in a blog post. “Our vision is to automate GoCart handling throughout the network, which will help reduce the need for people to manually move heavy objects through our facility and instead let them focus on more rewarding work,” the company added.