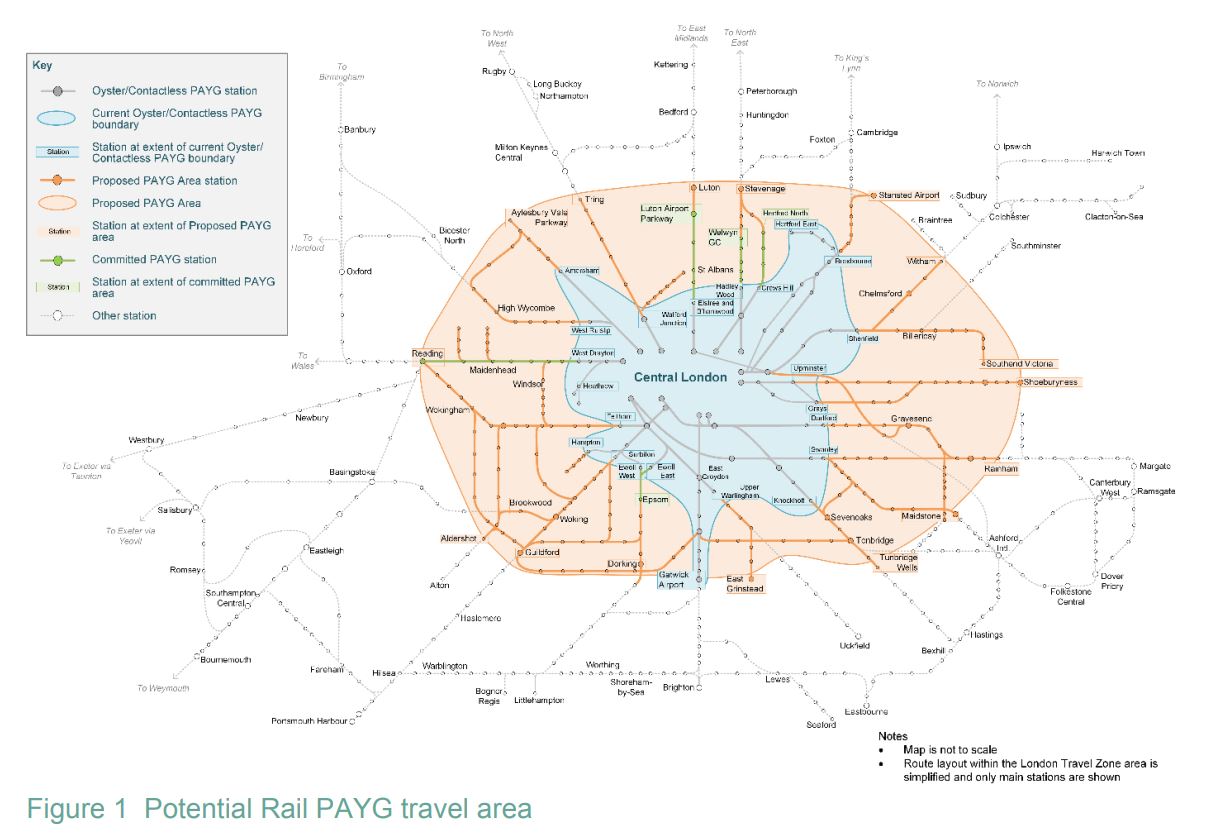 Over 230 mainline rail stations around London are to be brought into Transport for London’s contactless payments system over the next couple of years, under an agreement with the Department for Transport (DfT).

Following an initial consultation back in 2019, a year ago, the DfT decided that around 233 stations would be upgraded to accept contactless payments to allow customers to travel to/from London using a single tap in/tap out with their bank card, and put out a tender to suppliers. The upgrade is part of the Williams-Shapps Plan for Rail that aims to make it simpler to catch a train without the hassles of selecting which sort of ticket a person should buy in advance in order to avoid paying more than they should.

The map below was the suggested coverage expansion in the 2019 consultation, although the consultation also includes options to expand further to Brighton, Oxford and Milton Keynes. As it’s the consultation map, it may not match the final rollout plans.

As TfL already runs a large contactless payments system that offers what the DfT is looking for, it’s understandable that TfL won the contract. Although TfL is carrying out the work, the project’s roughly £68 million cost is being fully covered by the DfT at no cost to TfL, who will be subcontracting the provision of in-station validation equipment to Cubic Transportation Systems, who already provide the same kit to TfL.