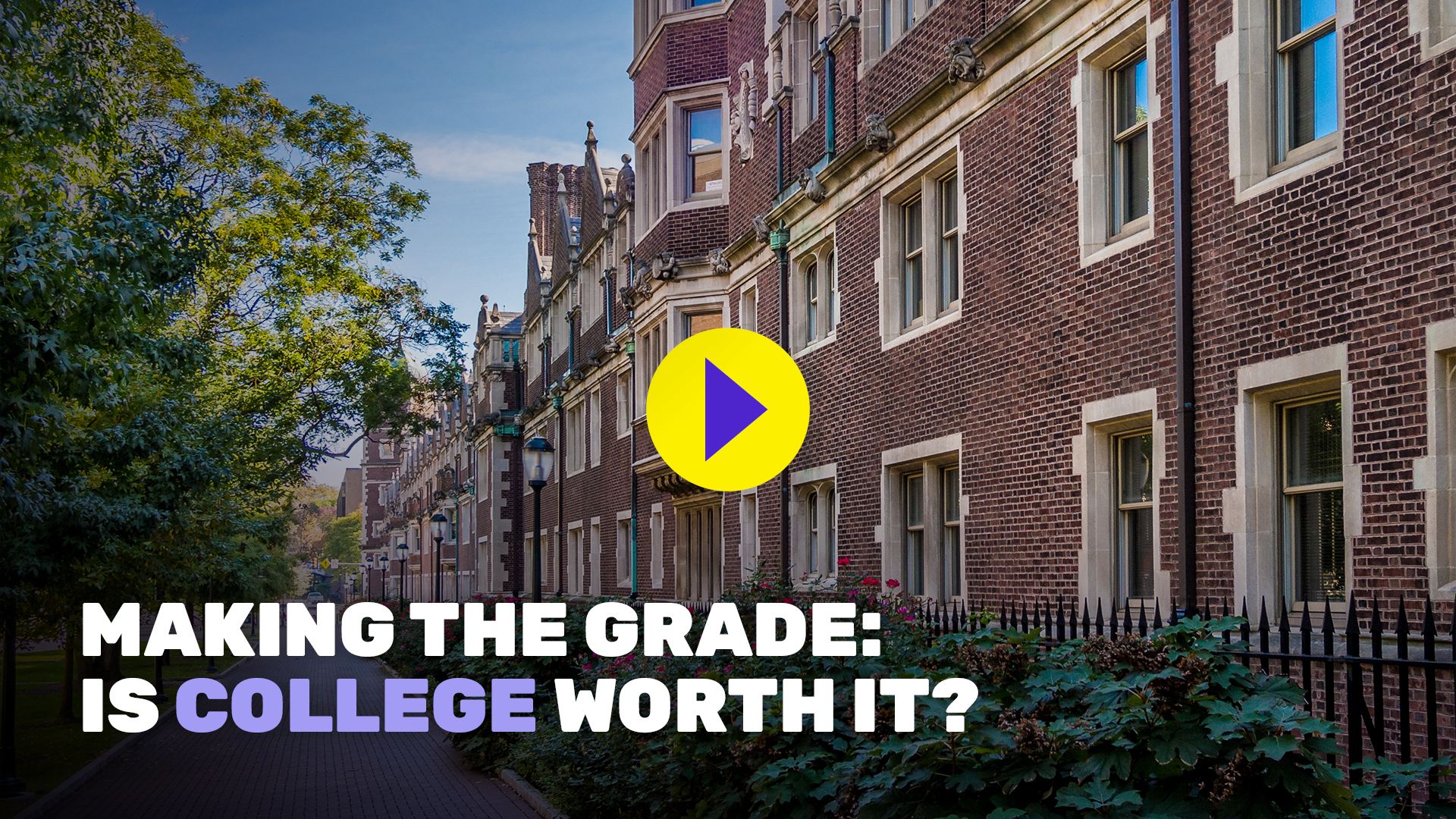 Making the Grade: Is College Worth It?

Yeah, you don’t hear that part too often. And the fact that we’re all trying to ignore that little detail … is getting us in a lot of trouble.

Now, not everyone’s buying this line. As you may have noticed, a lot of people no longer think that college is especially valuable.

At some point, you’ve probably heard a statistic like this: If you get a bachelor’s degree, you’ll make twice as much money over the course of your career compared to someone who just has a high school diploma.ii

Now, those numbers are real, but what do they actually mean? After all, everyone’s circumstances are different. There are people who never went to college who are making more money than people who went to law school.

First, what you study in college really matters. In fact, it tends to matter more than where you go to school. iii If you get a degree in something like engineering, computer science, nursing, or economics you have a good shot at increasing your lifetime income by half a million dollars.iv

If, by contrast, you get a degree in something like art, music, philosophy, or psychology … there’s a pretty significant chance that you’re going to be worse off financially than if you’d never gone to college at all.v