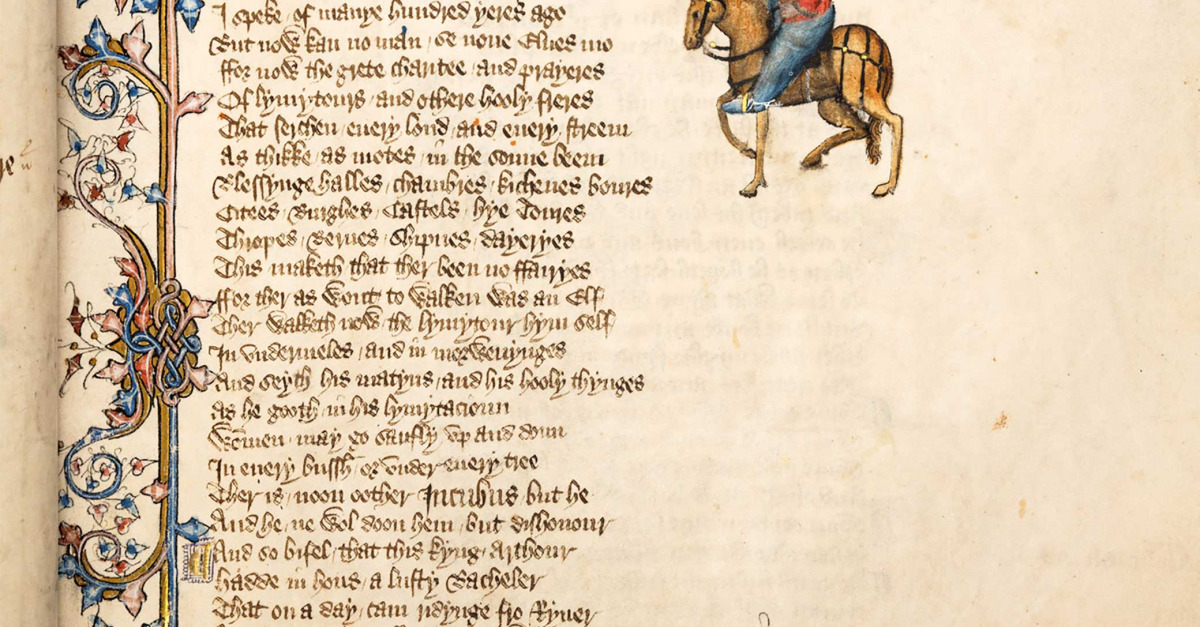 Opening page of “The Prologue of the Wife of Bath’s Tale,” from the Ellesmere manuscript of Geoffrey Chaucer’s Canterbury Tales, c. 1400. Wikimedia Commons.

Hilary Mantel’s reference to the Wife of Bath, in her wildly popular 2020 novel set in the time of Henry VIII, makes two assumptions: first, that modern readers know who the Wife of Bath is; and second, that they understand what she might have signified in Thomas Cromwell’s world. In this scene, Cromwell (Henry VIII’s right-hand man) is telling his closest colleagues about how Geoffrey de la Pole will respond to interrogation, saying that he will endlessly obfuscate and will keep contradicting himself, saying something happened in October or March; in Sussex (far south) or Yorkshire (in the north); that the person involved might have been his mother or might have been the Wife of Bath. The implication is that Geoffrey Chaucer’s heroine is as well-known as the months or English geography or one’s parents.

And, although she is presented here as a foil to Geoffrey’s mother, in fact the two women are rather similar. Margaret de la Pole, suspected of treason to the king (and later executed for it), was a woman who, like Alison of Bath, challenged authority and went her own way, as many medieval women did. Mantel correctly implies here that in the sixteenth century and in the twenty-first, Alison of Bath was and is part of the cultural fabric of many English-speaking women’s and men’s lives. Why has this character from a fourteenth-century poem had such a dramatic impact across time?