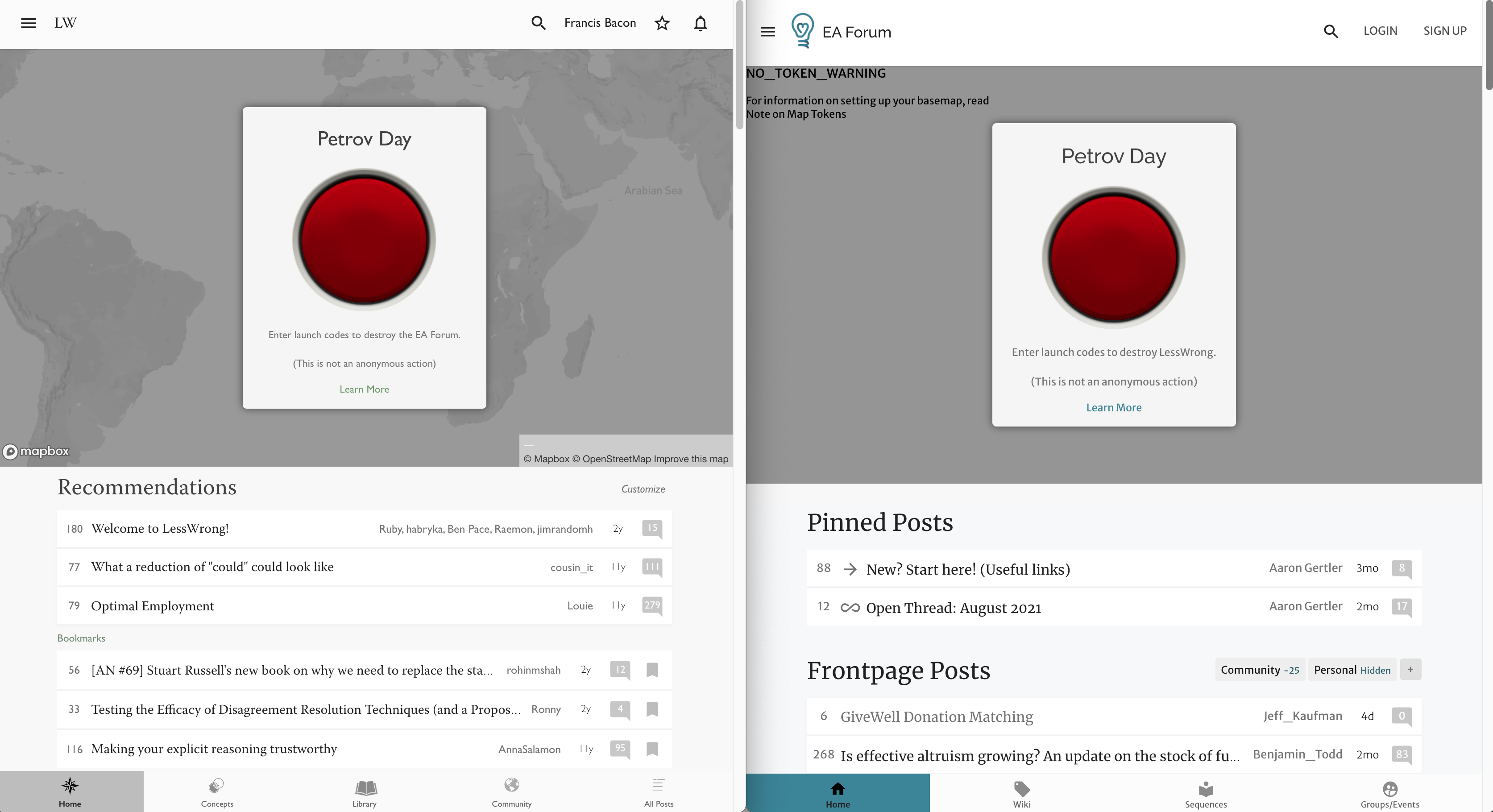 Today we celebrate not destroying the world. We do so today because 38 years ago, Stanislav Petrov made a decision that averted tremendous calamity. It's possible that an all-out nuclear exchange between the US and USSR would not have actually destroyed the world, but there are few things with an equal chance of doing so.

As a Lieutenant Colonel of the Soviet Army, Petrov manned the system built to detect whether the US government had fired nuclear weapons on Russia. On September 26th, 1983, the system reported five incoming missiles. Petrov’s job was to report this as an attack to his superiors, who would launch a retaliative nuclear response. But instead, contrary to the evidence the systems were giving him, he called it in as a false alarm, for he did not wish to instigate nuclear armageddon.

Petrov is not alone in having made decisions that averted destruction–presidents, generals, commanders of nuclear submarines, and similar also made brave and fortunate calls–but Petrov's story is salient, so today we celebrate him and all those who chose equally well.