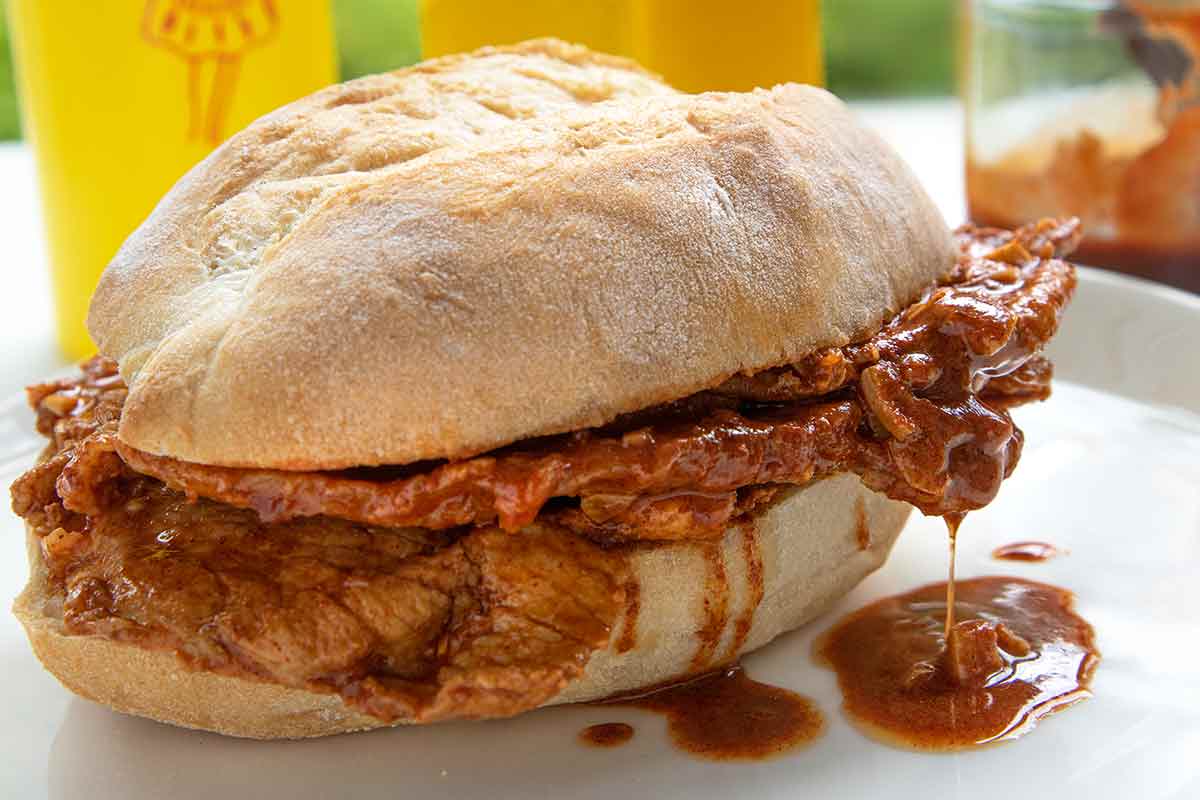 When a Bifana is More than a Sandwich

Growing up, I never heard the word bifanas. My family didn’t make them. We never ordered them those few times–so few I could count on one hand–we went to a restaurant. We never had them at the St. John of God’s summer fair. Suffice it to say that these flavor bombs, these sometimes-drippy, always-alluring Portuguese sandwiches of garlicky marinated pork slices never crossed my lips.

. Then I spent the better part of 2007 living and working in Lisbon as I researched and wrote my cookbook, The New Portuguese Table. And–I kid you not–for the entire time I was there, I never knew about bifanas, even though the city is studded with bifanas palaces. Casa das Bifanas. As Bifanas Do Afonso. Café Beira Gare. Just to name a few. And Casa das Bifanas was just steps from my apartment! Now, this doesn’t mean that I wasn’t eating bifanas. I was. Almost daily. I just didn’t realize it.

Let me back up. When I went to live in Portugal, I left behind The One and our cats at the time, Chloe and Raja. I’m a Cancer. Home, hearth, and family are crucially important to me. Without them to remind me of the million ways I really am loved, I don’t fare well. (This is me trying not to be dramatic.) I’m already predisposed to periods of dark sadness, thanks to faulty wiring in my DNA that causes those chromosomes that bring on bipolar disorder to blinker on and off like tacky little Christmas lights. So I’d spend my days pining for my family. The ache was palpable. It was as if someone had plunged a fist into my chest and was using my heart as a stress ball. What made it worse–here comes the drama!–was my apartment was next door to a souvenir shop that played fado, the sad, soulful music of Portugal, from sunup to sundown. So while I had Skype calls with The One in which he regaled me with how our backyard glittered with more fireflies than he’d ever seen, I wept to Amalia’s plaintive voice drifting up from below.