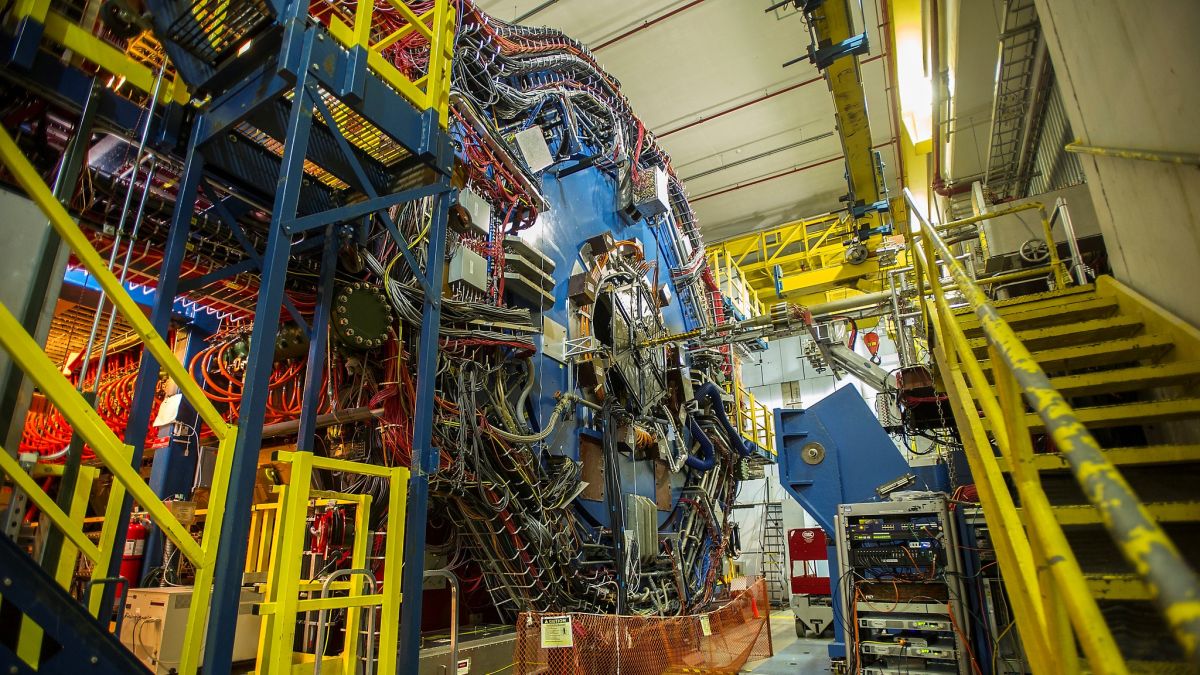 In a stunning demonstration of one of Einstein's most famous equations, physicists are claiming to have created matter from pure light for the very first time.

Albert Einstein's famous E=mc2 equation says that if you smash two sufficiently energetic photons, or light particles, into each other, you should be able to create matter in the form of an electron and its antimatter opposite, a positron.

But this process, first described by American physicists Gregory Breit and John Wheeler  in 1934, has long been one of the most difficult to observe in physics — mainly because the colliding photons would need to be highly energetic gamma rays, and scientists are not yet able to make gamma ray lasers. Alternative experiments have shown matter being produced from multiple photons, but never in the one to one way needed to most conclusively prove the effect.

But researchers from the Brookhaven National Laboratory in New York now believe they’ve found a workaround. Using the laboratory's Relativistic Heavy Ion Collider (RHIC), they have been able to produce measurements that closely match predictions for the strange transforming act.