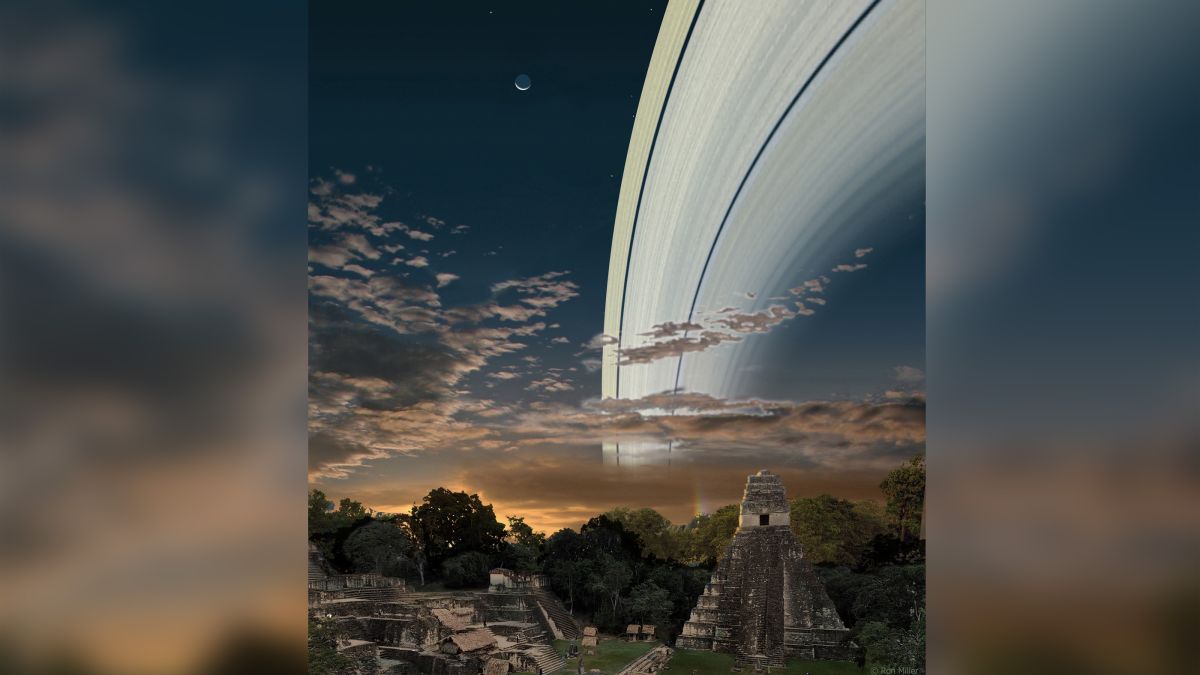 What if Earth had rings?

The series "Imaginary Earths" speculates what the world might be like if one key aspect of life changed, be it related to the planet or to humanity itself.

The rings of Saturn grant it a majesty befitting a planet named after the king of the Titans. Made almost completely of bits and chunks of ice and spanning thousands of miles wide, Saturn's rings are its most spellbinding feature; they have mesmerized humans ever since Galileo discovered them with a telescope in 1610.

What might Earth be like crowned with rings? Space and science-fiction illustrator Ron Miller created extraordinary images of how the sky might look if Earth possessed rings of the same proportions to our planet as Saturn's are to it.

The most stable place for rings is around a planet's equator, so the appearance of the rings would vary by latitude. For instance, near the equator at Quito, Ecuador, you would see the rings from the inner edge on, so they would look like a thin line rising straight up from the horizon.

These glittering rings would neither rise nor set, and would always appear in the exact same place in the sky. These cosmic landmarks would be visible both day and night.