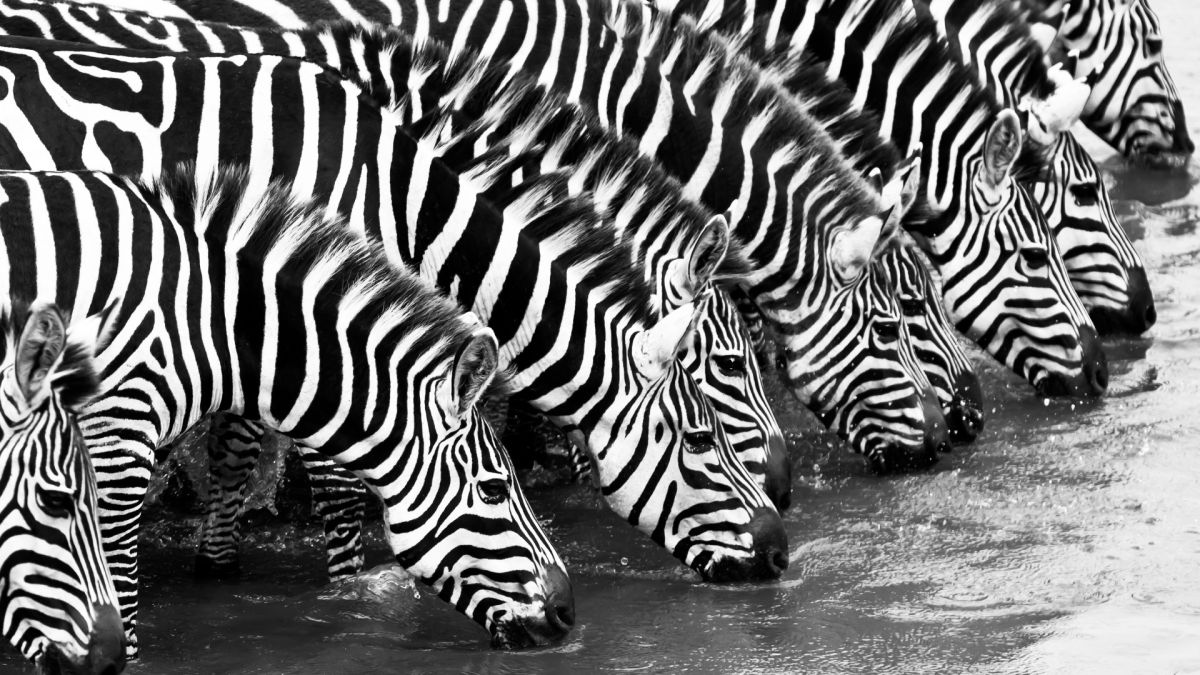 Are zebras white with black stripes or black with white stripes?

Zebras are iconic for their distinctive coats, but have you ever wondered whether zebras are white with black stripes or black with white stripes?

The stunning black-and-white coloration of the zebra's hide stands out in stark contrast with the dry, brown-and-green, treeless grasslands and savannah woodlands of their home territories of East and southern Africa, according to the African Wildlife Foundation.

These stripes are unique to each individual. There are three zebra species living today — the plains zebra (Equus quagga), the mountain zebra (E. zebra) and the Grevy's zebra (E. grevyi) — and each of those species has a different striping pattern, too. For some, the darker portions of their hide are black, whereas others have browner coloring, and some have stripes only on their bodies but not on their legs. An extinct subspecies of the plains zebra called a quagga (E. quagga quagga) had minimal striping on its head, mane and neck, according to The Quagga Project.

Despite these different patterns and coloring, all zebras have the same skin color: black, said Tim Caro, a behavioral and evolutionary ecologist and conservation biologist at the University of California, Davis. However, this doesn't answer the question of whether their fur is black with white stripes or vice versa. For that, we have to look to the zebra's melanocytes, or the cells that produce pigment for their fur.