If you’re worried about your MacBook’s webcam spying on you, you might be tempted to buy a cheap, plastic camera cover. You can get them for just around $5, but you should actually steer clear of them. The cons far outweigh the pros.

When something is as expensive and hard-to-repair as a MacBook, you shouldn’t use cheap accessories that can damage them . That cheap camera cover may give you some peace of mind, but it also carries the risk of repair bill: With the cover mounted, you can damage your MacBook’s screen when you slam it shut. Apple builds MacBooks to be as thin and light as possible, and as a result, its fault tolerances are pretty low. If you stick a lump of plastic in between the trackpad and the display, you can end up damaging the screen and the trackpad if you’re not careful.

Repairing that kind of damage is expensive even if you have an insurance plan like AppleCare+, and it’s not worth the risk. (Sliding plastic covers also tend to leave scratch marks on the screen.) That cheap, $5 accessory isn’t useful enough to risk damaging a nice laptop that costs hundreds, if not thousands of dollars. Especially when there are better options. 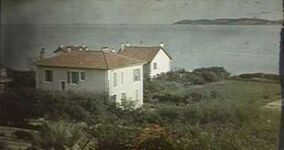