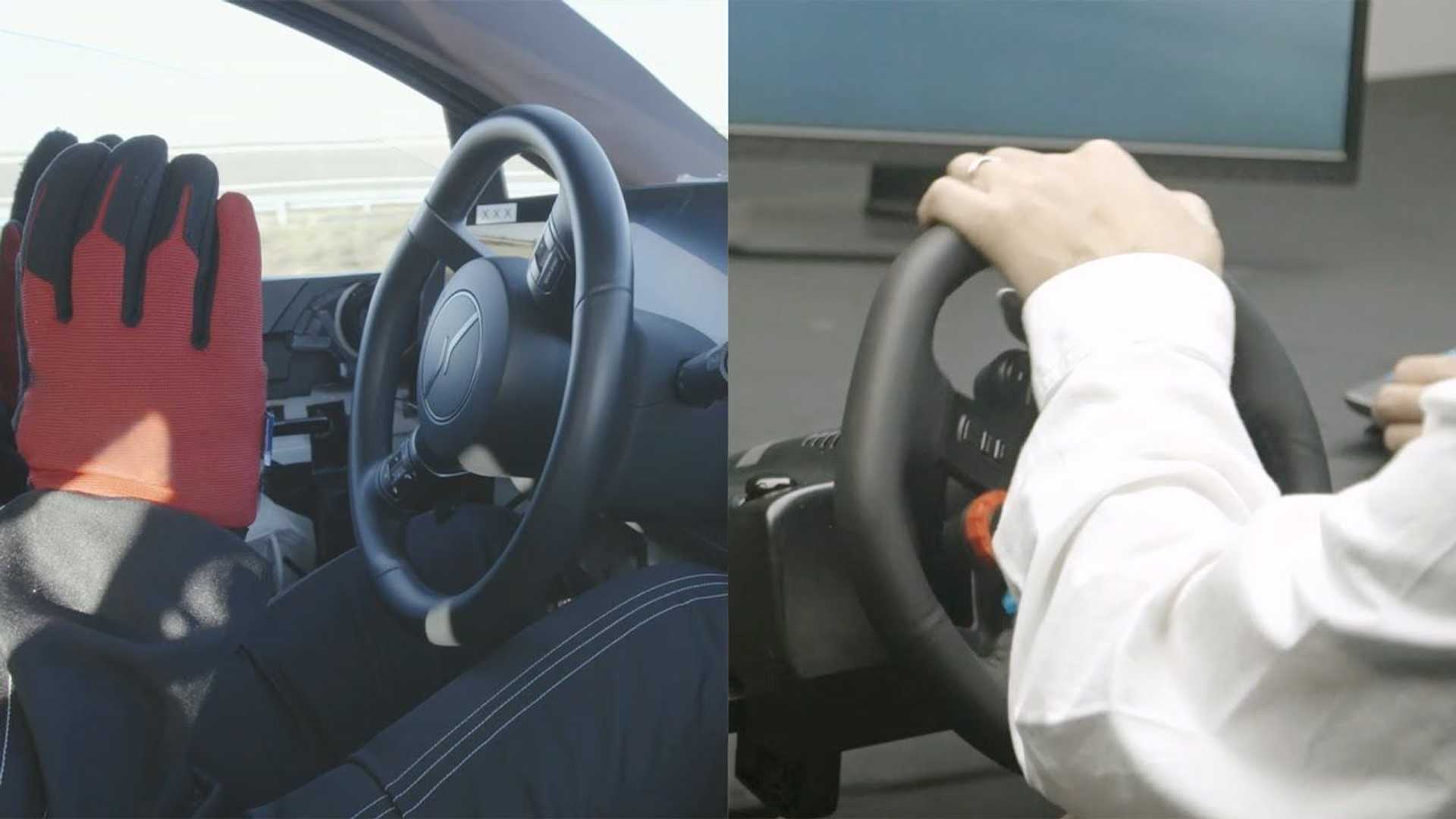 There might not be any hands touching the steering wheel of Sony's Vision-S 01 concept, but that doesn't make the electric sedan autonomous either. Giving a new meaning to the ol' expression "look ma, no hands," the tech giant teamed up with Vodafone for a remote driving test. Allow us to explain. Courtesy of a 5G connection, the EV was controlled from Tokyo while the vehicle was on a purpose-built course in Aldenhoven, Germany.

Even though the two locations are 9,363 kilometers (5,817 miles) apart, the "test driver" sitting at his desk with a three-monitor setup in Japan's capital successfully controlled the Vision-S 01. He managed to get it up to speeds of 38 mph (61 km/h) using the accelerator pedal from what looks an awful lot like a gaming steering wheel setup. Speaking of which, it had a clutch pedal, but for obvious reasons, that wasn't necessary.

As a precaution, there was still someone behind the wheel of the zero-emission sedan in case something went wrong and he had to override the remote controls. Sony explains video and control signals were transmitted with low latency courtesy of the Vision-S 01's built-in telematics system. The unusual test was conducted as part of a research program to develop codec and rate control technology to enable a stable transmission of huge amounts of video data in real-time.