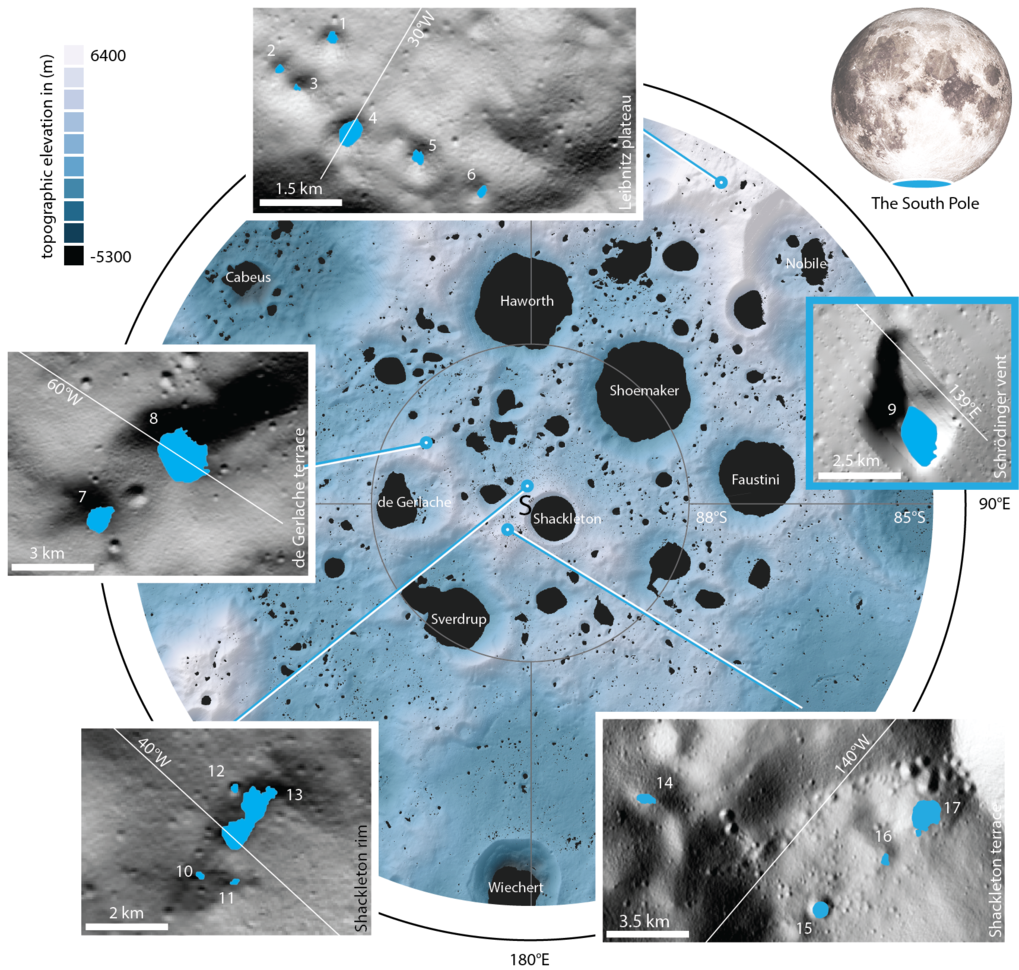 Peering into the Moon's shadows

The Moon’s polar regions are home to craters and other depressions that never receive sunlight. Today, a group of researchers led by the Max Planck Institute for Solar System Research (MPS) in Germany present the highest-resolution images to date covering 17 such craters. Craters of this type could contain frozen water, making them attractive targets for future lunar missions, and the researchers focused further on relatively small and accessible craters surrounded by gentle slopes. In fact, three of the craters have turned out to lie within the just-announced mission area of NASA's Volatiles Investigating Polar Exploration Rover (VIPER), which is scheduled to touch down on the Moon in 2023. Imaging the interior of permanently shadowed craters is difficult, and efforts so far have relied on long exposure times resulting in smearing and lower resolution. By taking advantage of reflected sunlight from nearby hills and a novel image processing method, the researchers have now produced images at 1-2 meters per pixel, which is at or very close to the best capability of the cameras.

The 17 newly studied craters and depressions are located near the South Pole. While the smallest of these regions (region 11) has a size of only 0.18 square kilometers, the largest (region 9) measures 54 square kilometers. Region 9 is not located in the section of the south polar region shown here, but a bit further to the North, in Schrödinger Basin. The representations of the lunar surface shown here are based on altimeter data from the Lunar Reconnaissance Orbiter.