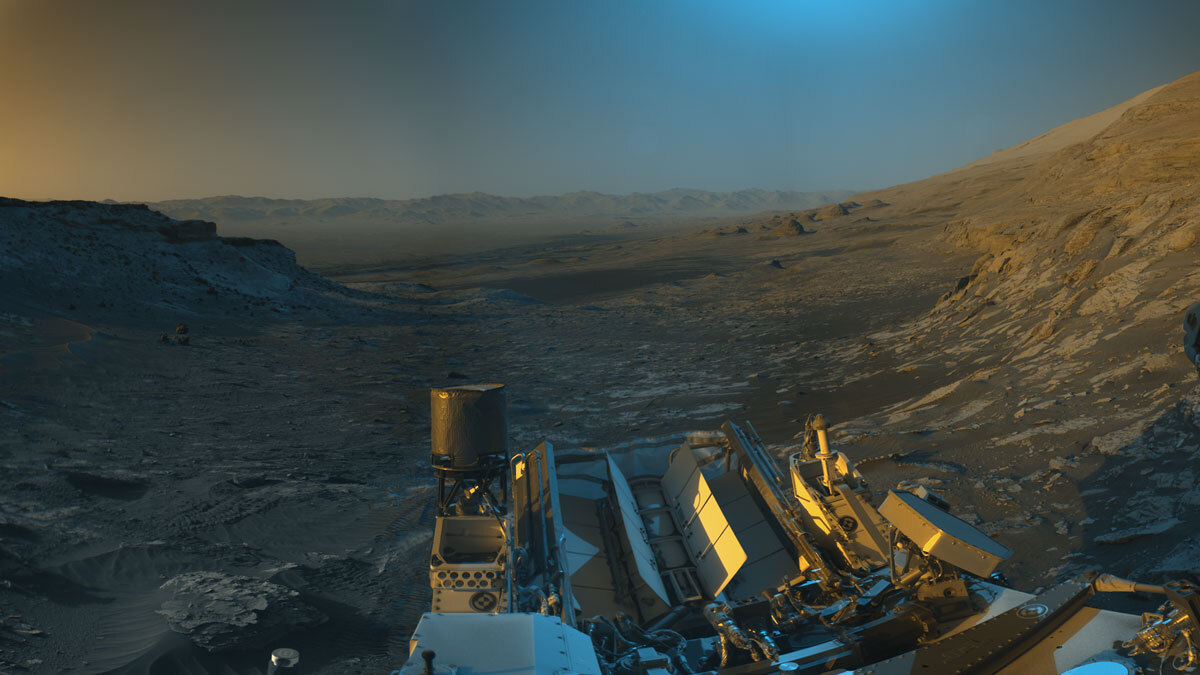 A Picture Postcard From Curiosity's Navcams: NASA’s Curiosity Mars rover used its black-and-white navigation cameras to capture panoramas of this scene at two times of day; blue, orange, and green color was added to a combination of both panoramas for an artistic interpretation of the scene. Credits: NASA/JPL-Caltech. Download image ›

An artistic interpretation of Curiosity’s view high up on a Martian mountain was created by mission team members who were stunned by the sweeping landscape.

NASA’s Curiosity rover captured a remarkable image from its most recent perch on the side of Mars’ Mount Sharp. The mission team was so inspired by the beauty of the landscape, they combined two versions of the black-and-white images from different times of the day and added colors to create a rare postcard from the Red Planet.

Curiosity captures a 360-degree view of its surroundings with its black-and-white navigation cameras each time it completes a drive. To make the resulting panorama easier to send to Earth, the rover keeps it in a compressed, low-quality format. But when the rover team saw the view from Curiosity’s most recent stopping point, the scene was just too pretty not to capture it in the highest quality that the navigation cameras are capable of.