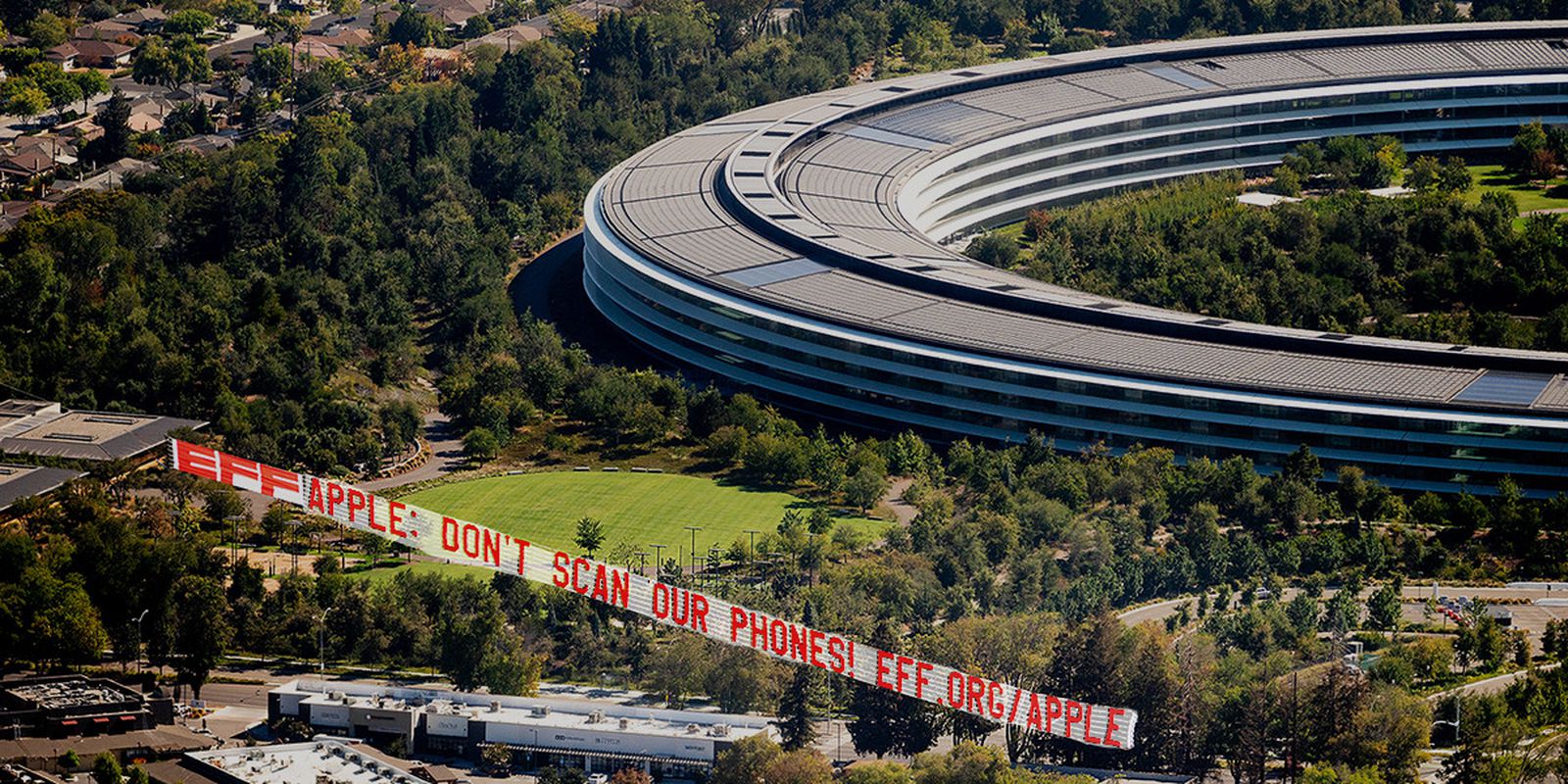 In protest of the company's now delayed CSAM detection plans, the EFF, which has been vocal about Apple's child safety features plans in the past, flew a banner over Apple Park during the iPhone 13 event earlier this month with a message for the Cupertino tech giant.

During Apple's fully-digital "California streaming" event on September 14, which included no physical audience attendance in Cupertino in favor of pre-recorded segments live-streamed, the EFF decided to fly a plane over ‌Apple Park‌ with the message "Apple: Don't scan our phones! EFF.ORG/APPLE."

The EFF says it opted to use this form of "aerial advertising" to make sure that Apple's CSAM plans don't "fade into the background" and that Apple "hears" them. The EFF also flew the same banner over 1 Infinite Loop, Apple's previous headquarters that it largely vacated four years ago.

Apple announced in August its plans to use on-device machine learning and its custom-built "NeuralHash" system to detect images of known CSAM images on iPhone users' photo libraries. Following its announcement, privacy advocates and groups, including the EFF, were vocal about its potential privacy risks.