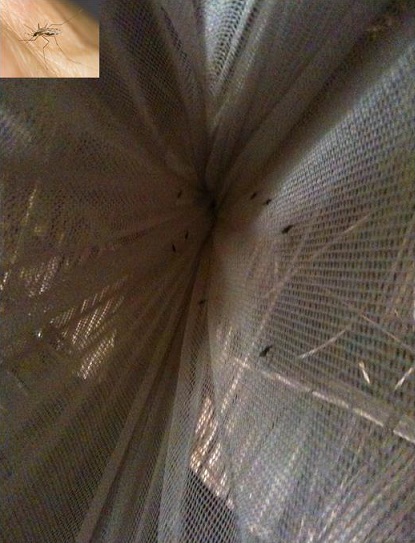 by Public Library of Science

A genetic analysis of mosquito populations in Africa shows that recent successes in controlling malaria through treated bednets has led to widespread insecticide resistance in mosquitoes, according to a study led by Charles Wondji of the Liverpool School of Tropical Medicine, with Kayla Barnes, Gareth Weedall and colleagues in PLOS Genetics.

Insecticide-treated bed nets and indoor spraying have been incredibly successful at preventing the spread of malaria, but their widespread use has driven mosquitoes to evolve resistance to these insecticides. By identifying genetic patterns that predict when and where resistance will evolve, scientists hope to mitigate the effects of resistance. In the current study, researchers used a combination of sequencing techniques and genetic analyses to elucidate a continent-wide population structure of a major African malaria vector, the mosquito Anopheles funestus. They identified a gene region that has allowed mosquitoes to evolutionarily adapt to insecticides by enabling them to break down commonly used pyrethroid insecticides. The resistance form of this gene has now swept through mosquito populations in southern Africa to become almost universal. This gene region has been implicated previously in insecticide resistance, but the evolutionary pressures acting on it were not fully understood. This selective sweep occurred after 2002, likely in response to increased efforts at mosquito control.