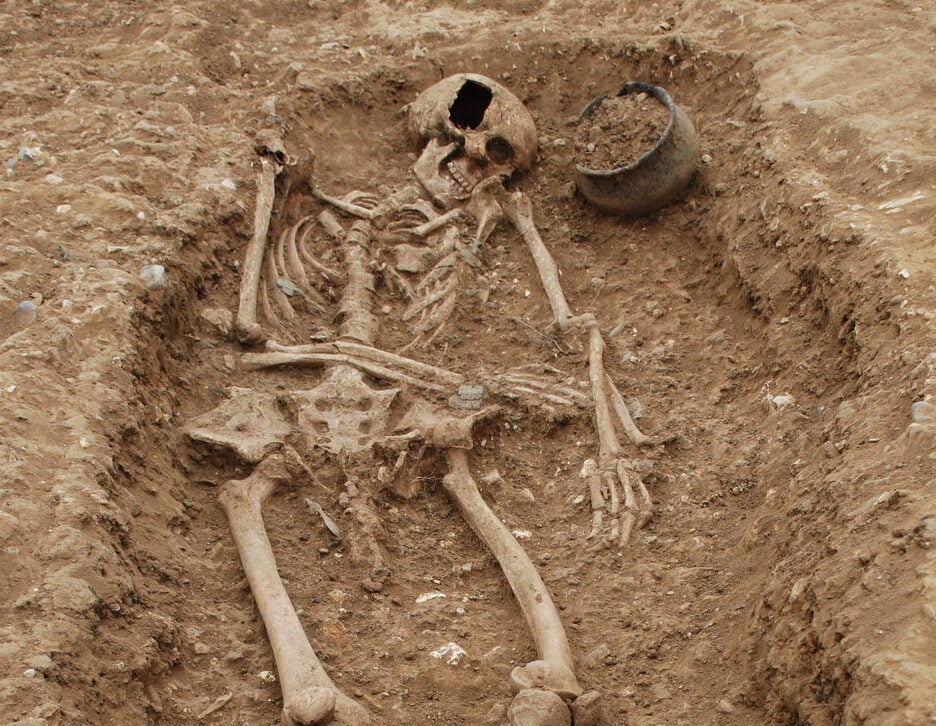 More than 3/4 of the population in Eastern and Southern England during the early Middle Ages had ancestors who came from the European continent, according to a new study published in Nature. It reveals the huge extent of the Anglo-Saxon migrations.

For three hundred years after the Romans left, scholars like Bede wrote about the Angles and the Saxons and their migrations to the British Isles. Scholars of many disciplines, including archaeology, history, linguists and genetics, have debated what his words might have described, and what the scale, the nature and the impact of human migration were at that time.

New genetic results now show that about 76 percent of the population in Eastern and Southern England was made up of migrant families whose ancestors must have originated from continental regions bordering the North Sea, including the Netherlands, Germany and Denmark. What is more, these families interbred with the existing population of Britain, but importantly this integration varied from region to region and community to community.

“With 278 ancient genomes from England and hundreds more from Europe, we now gained really fascinating insights into population-scale and individual histories during post-Roman times”, says Joscha Gretzinger, a doctoral researcher at the Max Planck Institute and a lead author of the study. “Not only do we now have an idea of the scale of migration, but also how it played out in communities and families.”