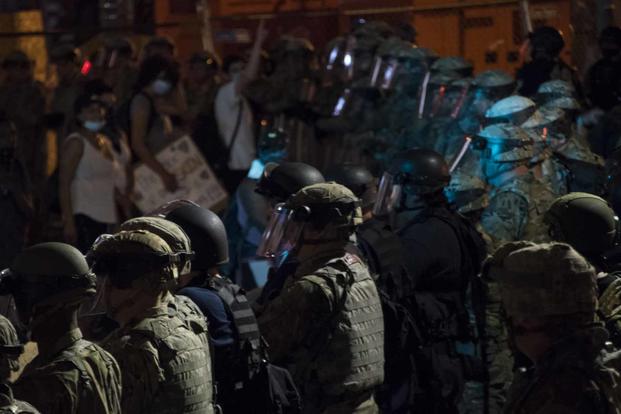 The Army National Guard will likely be short tens of thousands of soldiers over the next couple of years as the service component is struggling to retain its troops and recruit new ones to replace them at a time when governors are constantly calling for their help.

The Guard is bleeding out soldiers on multiple fronts. This year, the service component suffered its lowest retention rate since the pandemic began. This comes as the Army as a whole is in the midst of a recruiting slump, with the Guard short roughly 14,500 new soldiers this year, according to internal data reviewed by Military.com. That's in addition to some 40,000 Guardsmen, most from the Army portion of the service, who remain unvaccinated, many of whom will likely be discharged.

Meanwhile, the active-duty side is having no issue retaining soldiers currently in the ranks, hitting roughly 103% of its goals each year since 2019, meaning more troops are sticking around than the service intended.