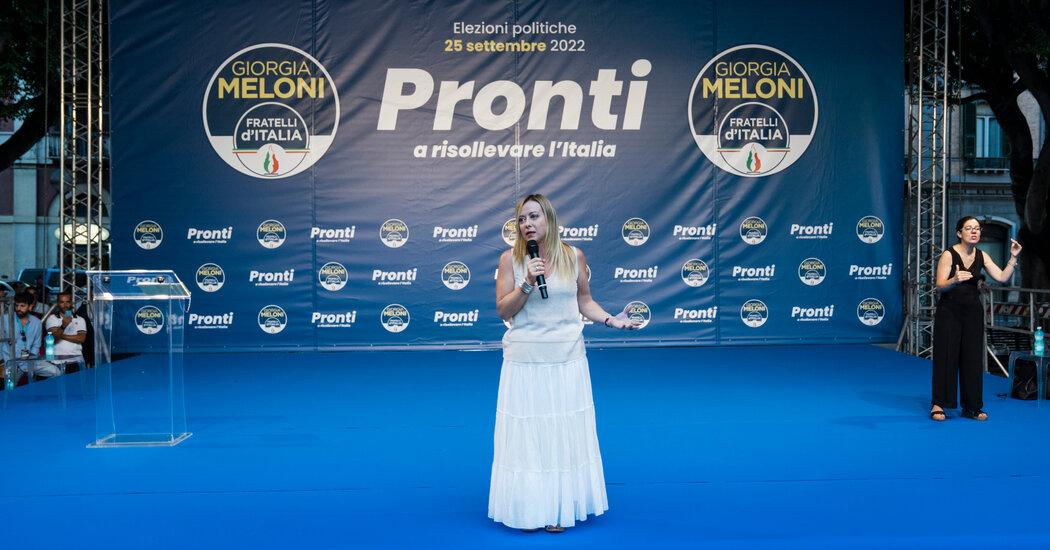 Giorgia Meloni, the nationalist politician who is the front-runner to become prime minister, sees “The Lord of the Rings” as not just a series of novels, but also a sacred text.

ROME — Giorgia Meloni, the hard-right leader who is likely to be the next prime minister of Italy, used to dress up as a hobbit.

As a youth activist in the post-Fascist Italian Social Movement, she and her fellowship of militants, with nicknames like Frodo and Hobbit, revered “The Lord of the Rings” and other works by the British writer J.R.R. Tolkien. They visited schools in character. They gathered at the “sounding of the horn of Boromir” for cultural chats. She attended “Hobbit Camp” and sang along with the extremist folk band Compagnia dell’Anello, or Fellowship of the Ring.

All of that might seem some youthful infatuation with a work usually associated with fantasy-fiction and big-budget epics rather than political militancy. But in Italy, “The Lord of the Rings” has for a half-century been a central pillar upon which descendants of post-Fascism reconstructed a hard-right identity, looking to a traditionalist mythic age for symbols, heroes and creation myths free of Fascist taboos.