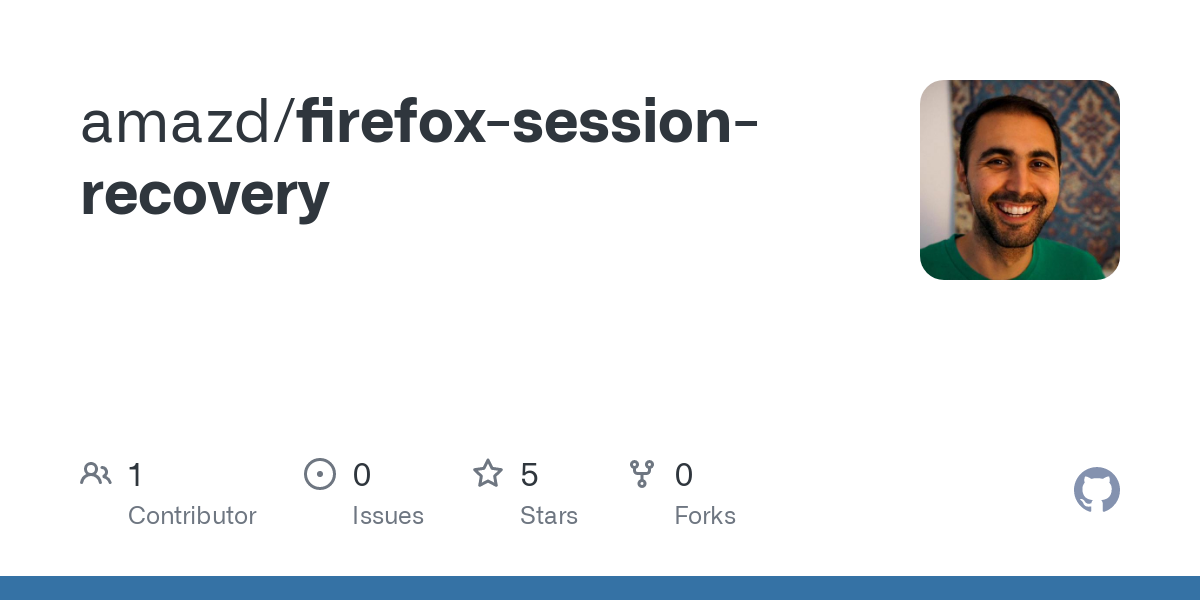 I’m what's known as a tab hoarder. At any given time I might have 100s of tabs open across multipe Firefox windows. I know some folks love to hate on firefox, but as one of the only mainstream browsers that is not controlled by a big (evil) tech corp with various privacy/monopolistic concerns, it's my default browser. It is a tad slower than some of the other browsers overall, but it makes it up with amazing extensions and great developer experience.

I also love that Firefox lets me keep all my tabs running and backed-up. Even if Firefox crashes, it always recovers nicely, restoring all the tabs that were open when the browser crashed (the crashed sessions can be stored recursivly which is the best featrure). That is why this feature (i.e. managing crashed sessions/tabs) which chrome eventually copied (even though it's still not implmented as well as ff) has been my bread and butter and why I've stuck with Firefox all these years.

Having said all that, once in a while (and I used to really dread those moments when it happened), firefox is not be able to resore my crashed session (which might have involed 1000s of tabs that I kept opened, hoping to bookmark at some point). I could never figure out why (probably the size of the session-restore file grows so big that Firefox can't process) and eventually there is nothing Firefox can do. And so you sit there with all your tabs potentially lost forever.